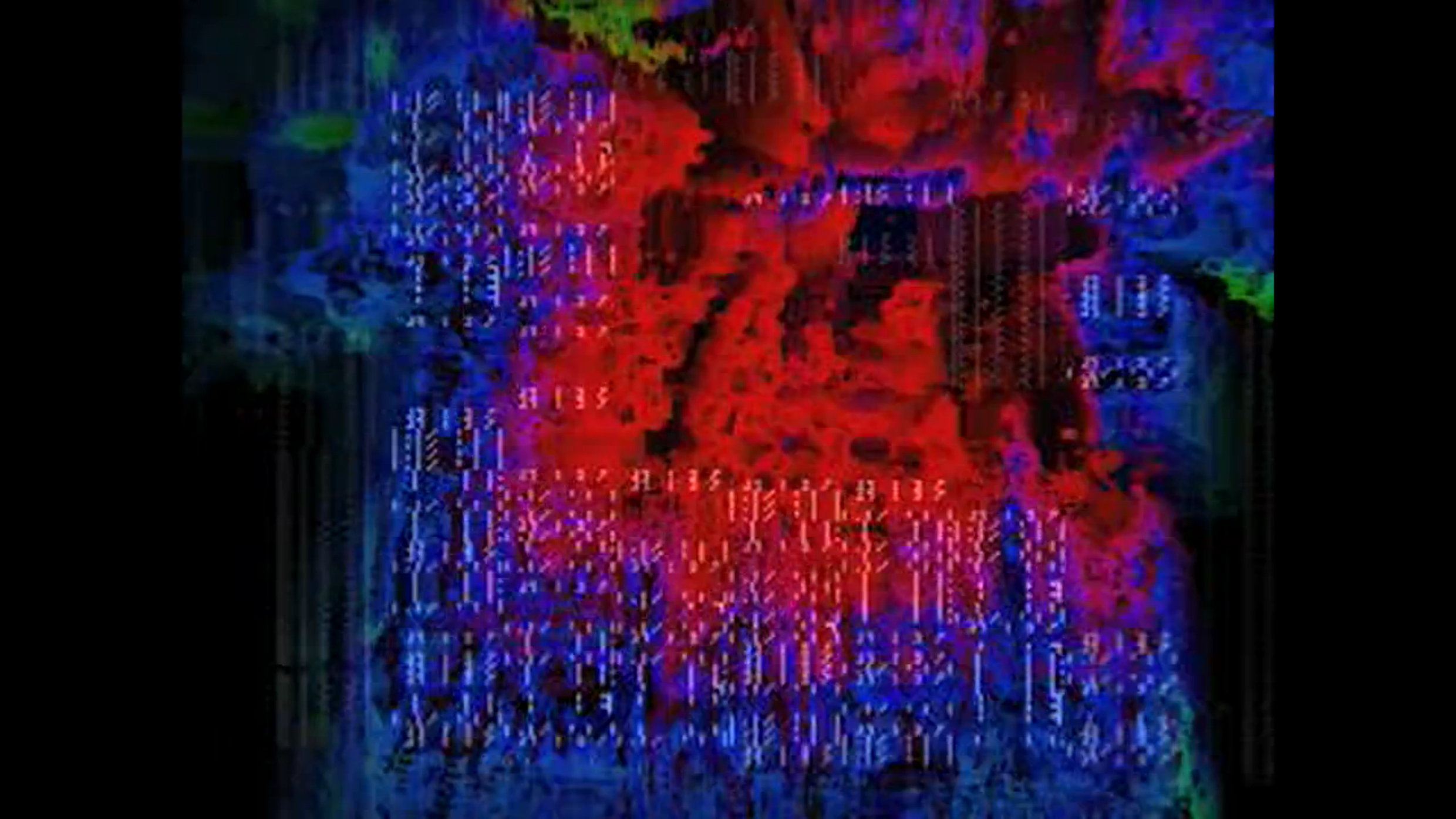 grdwrks6000 is a live audio/video performance piece with interactive potentail. The two primary components to the visual side of the project incorporate a live video feed from a camera pointed at the projection field. This input is processed through a feedback loop and as ASCII art. In performance, the artist controls audio samples that coincide with changes in the visual characteristics. Because live video input is incorporated, any viewer that passes between the projection field and the camera becomes incorporated into the feedback loop. Live audio input is also incorporated to control characteristics like hue and saturation. The work has been performed in a range of live venues in Brooklyn NYC, Columbus OH, grdwrks6000_p1Chicago, St. Paul, and Milwaukee. It was presented with the interactive component in BYOB Braddock, and BYOB Philly at the Little Berlin Gallery.